The road construction industry has been seeking, for many years, ways to reduce the amount of energy required to manufacture hot mix asphalt (HMA) in order to combine energy savings and environmental benefits.

The road construction industry has been seeking, for many years, ways to reduce the amount of energy required to manufacture hot mix asphalt (HMA) in order to combine energy savings and environmental benefits. It is logical that one approach to achieving these goals would involve methods to reduce material production temperatures. The concept of warm-mix asphalt has been introduced over the last few years as a means to these ends. Despite their validity, these mixes have not yet been able to gain ground in relation to HMA because the cost of warm mix exceeds that of HMA, making them an unviable alternative unless their use is mandated.

The production and placement of HMA pavements has evolved over the last 130 years from hand mixing and manual placement with rakes and shovels to computerized plants feeding highly automated remixing, placement, and compaction equipment that track location and material quality. During this time, it became recognized that temperature control is critical to aggregate coating, mix stability during production and transport, ease of placement and compaction, and ultimately the performance of the finished pavement. During construction, the temperature must be high enough to ensure mix workability yet low enough to prevent drain-down and excessive binder hardening.

Today’s performance requirements often dictate the use of polymer modified asphalt binders, more angular aggregate, and higher levels of in-place density than have been used before. Mixtures made with polymer modified asphalt have been viewed by many as more difficult to work with than mixes made with unmodified asphalts. A common response to this lack of workability is to raise production and placement temperatures. The use of angular aggregates increases the internal friction of the material, which in turn increases the amount of force required to mix and place the mixture. Again, often times the response is to increase the temperature to improve the flow of the mix. Density is often used as a measure of pavement quality — higher levels of density are associated with lower permeability to air and water, improving the performance of these mixtures. If the mixture exhibits too much resistance to compaction, the normal response is to raise the temperature of the mix to improve its ability to compress during construction.

Current and impending regulations regarding emissions are making it more attractive to consider reductions in HMA production temperature. While stack emissions have decreased significantly over the past 35 years due to improved pollution controls, further reductions in the emission of greenhouse gases will be likely required in the future. In addition, current state and local regulations are such that in some ozone non-attainment areas, HMA plants are sometimes required to curtail operations in daylight hours during certain times of the year when ozone formation is problematic. Newly adopted ozone standards will create additional ozone non-attainment areas, along with new, more stringent demands for emission reductions in the future and the demonstration that transportation plans and projects are in conformity with the Clean Air Act.

Working conditions in the production and placement of HMA are also important to the industry as improvements lead to an enhanced work environment, higher quality work, and better workforce retention. Significant HMA temperature reduction would have two benefits for the workforce: it would reduce fumes in the vicinity of all paving workers and it would make for a cooler work environment.

Complaints of odor sometimes occur in plants located near residential areas. While there is no scientific evidence that odors pose a threat to the surrounding community, such perceived annoyances can create community relations problems. However, if production temperatures were drastically reduced, the production of odors sometimes associated plant and paving operations could drop to an inconsequential level.

THE INTRODUCTION OF LOW ENERGY ASPHALT

In 2005, we were introduced to a relatively new warm-mix technology emerging in France called Low Energy Asphalt (LEA). This new process relies on sequential mixing of the asphalt binder with a chemical additive being added to the hot coarse aggregates, followed by the introduction of wet sand which creates a foaming action (see Figure 1 below). The wet sand fraction, which could be as high as 40% of the total mixture, is unheated in this process. Since the sand (or fines) carries the most moisture, they subsequently require the most amount of energy to dry. The Low Energy Process requires a desired mix discharge temperature of around 200 degrees Fahrenheit – making it a half-warm mix – and provides the greatest reduction in energy consumption of all the available warm and half-warm mix processes.

Heat transfer models developed in Europe by Professor Yves Le Goff indicate a 40-55% reduction in energy consumption. Preliminary laboratory work indicated that with the use of some of the European chemistry the LEA mixture exhibited performance equal to its HMA equivalent. In the Fall of 2006, we placed two projects with LEA in NY totaling 1400 tons of mix – 300 tons on a private road and an additional 1000 tons on a NYSDOT project. Based on this limited data, the reduction in energy consumption was measured to be 47%. To date, both projects are performing very well.

Warm-mix asphalt has the potential to allow the producers of hot mix asphalt to lower the temperatures at which the material is mixed and placed on the roadway — reductions of 50 to 100 degrees Fahrenheit have been documented. Such drastic reductions would have obvious benefits of cutting fuel consumption and decreasing the production of greenhouse gases, as well as improving conditions for workers and enhancing relationships with neighbors.

Warm-mix technologies were first introduced in the U.S. from Europe in 2002, spurring intense interest among hot-mix asphalt producers, contractors, researchers, and government agencies. Since that time, new technologies are being developed. These include:

While all of these processes have been successfully placed in Europe, only Aspha-Min, Sasobit, Evotherm, and Double Barrel Green have seen limited use in the U.S. (no WAM-Foam placed in the U.S. to date). The increased cost to produce these mixtures offsets any potential energy savings with a net increase of 10-25% over the cost of conventional HMA.

In 2007, we placed approximately 35,000 tons of warm mix produced using the low energy process (see project data page). All of this mix was produced in one plant, providing us the opportunity to see what it would be like to produce this material in the real world, day after day, not in just a “demonstration project” environment. Working in conjunction with our French partners, we have and continue to further develop the necessary chemistries associated with this process – improving their efficiency while reducing their cost. The culmination of this effort is now called LEA – Low Emission Asphalt. 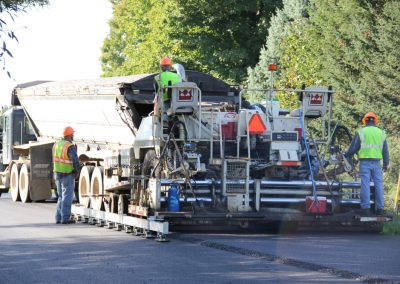 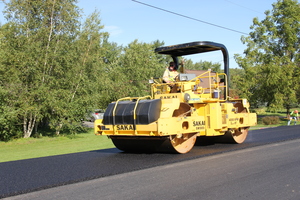 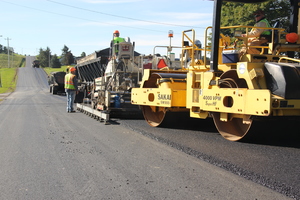 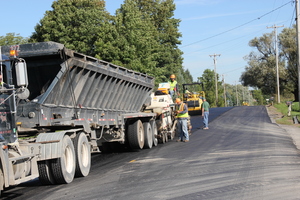 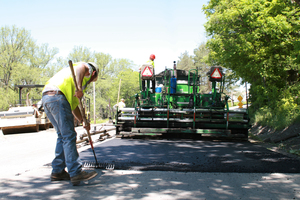 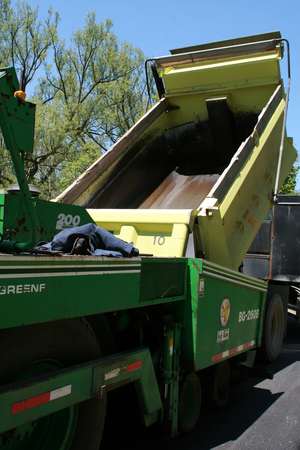 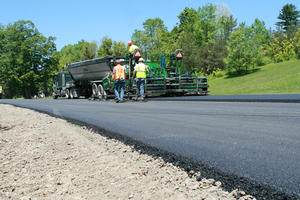 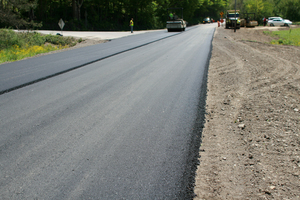 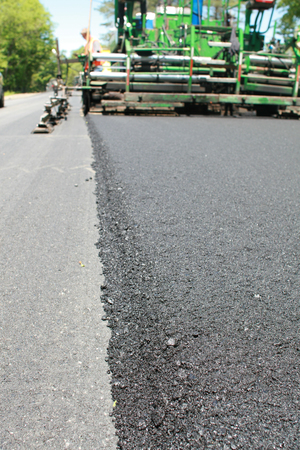